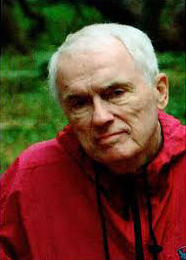 
From the Sacramento Poetry Center:

IN AN OUTSTANDING career as a poet, Dennis Schmitz published nine collections of poetry, including his most recent collection, Animism (Field Editions, 2014).

He was the recipient of numerous awards and prizes, among them a Discovery Award (Poetry Center, New York), The Poetry Society of America's di Castagnola Award for best book-in-progress, a Guggenheim Fellowship, two Pushcart Awards (1988 and 1993), three National Endowment for the Arts Fellowship Awards, and The Poetry Society of America's Shelley Memorial Award for distinguished achievement. He taught poetry for thirty-three years at California State University, Sacramento, deeply influencing two generations of the region's poets, and was, with Viola Weinberg Spencer, Poet Laureate of Sacramento, 2000-2002.

He died peacefully in his sleep on September 12, 2019 in Oakland, California. He was in the process of completing a new volume of poetry.

"There is a radiant wisdom that has always infused the poetry of Dennis Schmitz, a remarkable light that is able to reflect precisely off even the most corrupted surfaces of our daily world. Since reading his very first collection, the astonishing We Weep for Our Strangeness, I have always thought of Schmitz's poems as the secular prayers of the sanest voice in an often insane world. Reverential of both the natural and human worlds, Dennis Schmitz is nevertheless unafraid to regard both with a sober eye and to record with a profound intimacy the simple wreckage—and the wild triumphs—he has found."

Susan Kelly-DeWitt is the author of Spider Season and The Fortunate Islands. Her poems have appeared in Poetry, Prairie Schooner, New Letters, and North American Review, and have been featured on Writer's Almanac and Verse Daily. She lives in Sacramento, California, where she is a contributing editor for Poetry Flash and a reviewer for Library Journal. She is also an exhibiting visual artist.

Day, Lucille Lang: "A Poetry of Compassion," a review of Daniel Marlin and Ralph Dranow's At Work on the Garments of Refuge

Day, Lucille Lang: "A Self, Lost and Found," a review of Sandra McPherson's The 5150 Poems

Foley, Jack: "The Bohemian Edge," a review of A.D. Winans' cityscapes: a quilt of poetry

García, Ramón: "Feminist Carnivalesque and Something Other: An Interview with Gail Wronsky"

Goff, Tom: "Between Flow and Shape," a review of Mary Mackey's Creativity: Where Poems Begin

Isaacson, Bruce: "An Everything Man: The Passing of Michael McClure"

Joron, Andrew: "The Existential Question," a review of Brian Strang's Are You Afraid?

Rossi, Lee: "Prisoner of Childhood," a review of Camille Norton's A Folio for the Dark

Rossi, Lee: "The Magic Number: An Interview with Margaret Randall"

Shaddock, David: "On the Biden Inauguration"

Shaddock, David: [Poetry and Healing] "Jericho Brown and the Poetry of Emancipation"

Shaddock, David: [Poetry and Healing] "Tell It Slant: Emily Dickinson and the Importance of Indirection"

Shaddock, David: [Poetry and Healing] "A Shadow in the Day’s Brilliance: Denise Levertov on Living with Our Grief for the World"

Shaddock, David: [Poetry and Healing] "Who Has No Shadow Has No Strength to Live: 'Faith' by Czeslaw Milosz"

Shaddock, David: [Poetry and Healing] "Mother of Muses: A Prayer from Bob Dylan at 80"

Shein, Keith: "The Made Thing," a review of Cathy Colman's Time Crunch

Soldofsky, Alan: "On Notice," "Brace for Impact," and "Flare Up"

Stever, Margo Taft: "My Mother is Dying" and "Strange Familiarities of Death"
Strongin, Lynn: A Selection from Ukrainian Blues