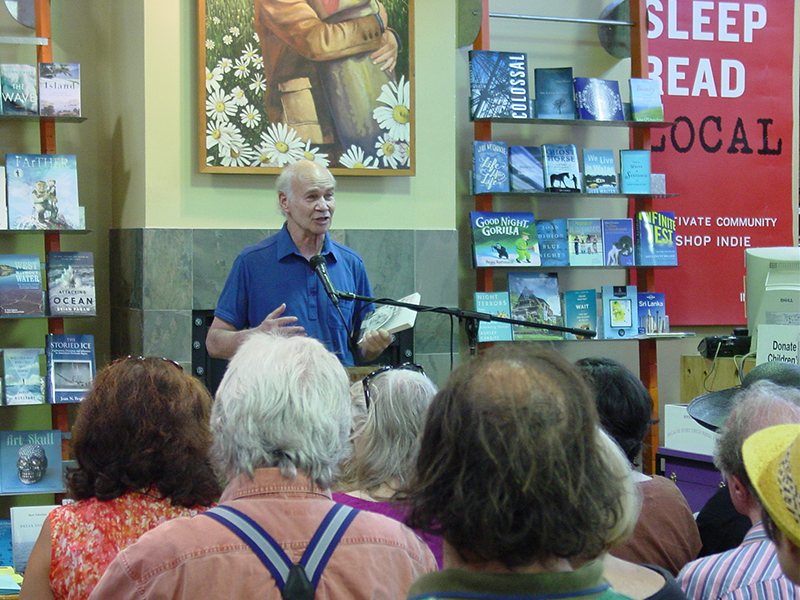 Poetry Flash readings curates one of the West Coast's longest running reading series. Poetry Flash readings are currently virtual, but when they take place in person, they are at Moe's Books, Berkeley, and at East Bay Booksellers, Oakland. There are usually three to four readings each month, introduced by our master of ceremonies, Poetry Flash Associate Editor Richard Silberg, with Editor Joyce Jenkins. We are open to diverse poetics and providing a forum for poetry's best, while building community through literary events and publishing.

If you are seeking a reading in the series, please email editor@poetryflash.org. If you have a recent book, send a review copy to Poetry Flash, 1450 Fourth Street #4, Berkeley, CA 94710, or email an eGalley, Word doc, or pdf of the text. ASL interpreters for the deaf and hearing impaired may be provided for live, in person readings with at least one week's notice; to request, email editor@poetryflash.org. Our reading series venues are wheelchair accessible. 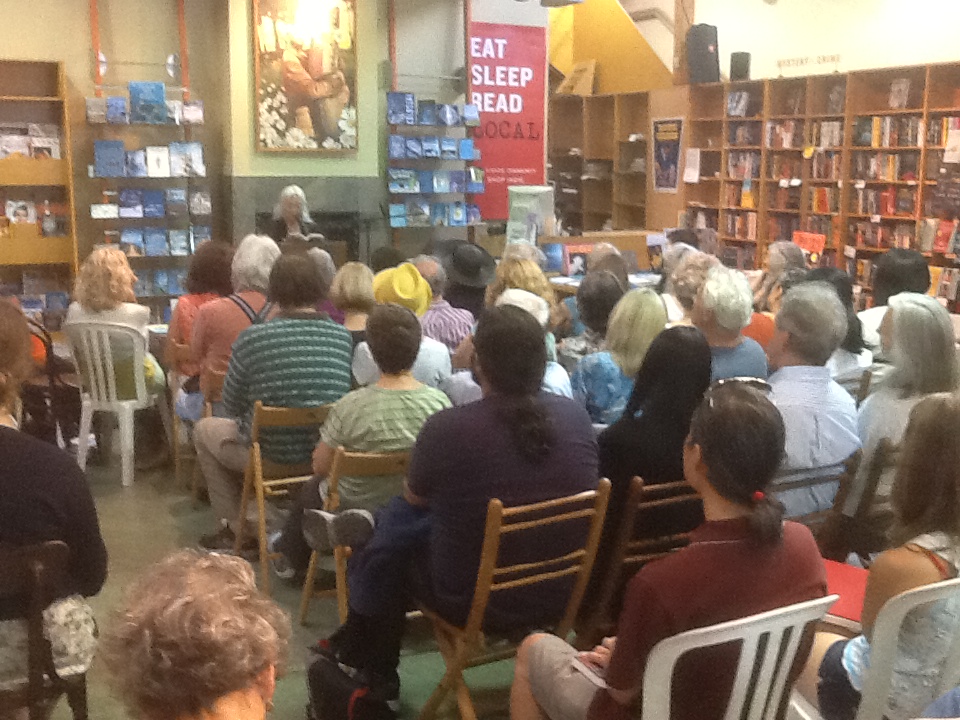 From 1982-2006, the series took place at Cody's Books on Telegraph Avenue, Berkeley. (The series was started in the late sixties by Walter Hall, and continued by Alan Soldofsky, Jana Harris, and others, to 1982, when it became the Poetry Flash Reading Series.) When Cody's on Telegraph closed in 2006, the series moved to Cody's Fourth Street, then to Cody's Downtown Berkeley, to Black Oak Books in Berkeley, and Berkeley City College, with a few lovely readings at Pegasus Downtown. East Bay Booksellers was formerly Diesel, A Bookstore, site of many Poetry Flash readings in recent years. See below for more on the closing of Cody's Books, the late, great independent bookstore.

Andy Ross, owner and president of Cody's Books, Inc., has announced that Cody's oldest store, on Telegraph Avenue near the University of California in Berkeley, will close its doors on July 10, 2006.

Cody's Books on Fourth Street in Berkeley and Cody's Stockton Street in San Francisco, as well as Cody's School and Book Fair division, remain open, healthy, and intent upon continuing to provide the best of independent bookselling.

Ross noted the fifteen-year sales decline in the south-of-campus area, resulting in Cody's Telegraph Avenue doing only one-third of the business it did in 1990. The company's attempt to keep this store open has caused a loss of over $1,000,000.

"It is with a heavy heart that I must announce that Cody's will be closing our doors at the Telegraph Avenue store for the last time on July 10. We will continue to operate our stores on Fourth Street in Berkeley and on Stockton Street in San Francisco.

The Telegraph store has been declining in sales for more than 15 years. We are now doing only 1/3 of the business that we did here in 1990. We have lost over $1,000,000 attempting to keep the store open. As a family business, we cannot continue to afford these ruinous losses.

The book business has changed over this period. Many of our customers have found other sources for their books. In particular, the Internet has taken quite a bite out of sales, particularly the scholarly and academic titles that have always been our specialty.

This is Cody's 50th year in business and our 43rd year at this location. During this period, Cody's has been engaged in the great issues of our time. As America increasingly turned to huge mass merchants and disembodied Internet retailers in their buying habits, Cody's always urged people to support stores in their communities.

During the 60's, Cody's was part of the great anti-war movement that began in Berkeley. In 1989, we were the first victim of international terrorism in the United States. We were bombed during the Rushdie Affair. After the bombing, Cody's staff voted unanimously to continue carrying The Satanic Verses, even in the face of threats to our lives. This was a great and heroic act of commitment to humanistic values by simple booksellers. It was truly our finest hour.

Throughout this period, we spoke of the dangers of economic concentration in bookselling on the part of chain stores. Sadly our warnings have come to pass. Stores like Cody's have become truly rare. The few that remain are cherished by their communities.

Cody's is an idea, not a building. That idea will endure in our other stores on Fourth Street and in San Francisco.

We leave Telegraph with great sadness, but with a sense of honor that we have served our customers and our community with such distinction; and that in our own way, we have changed the world for the better and will continue to do so.

Thank you, dear customers, for giving us that opportunity." 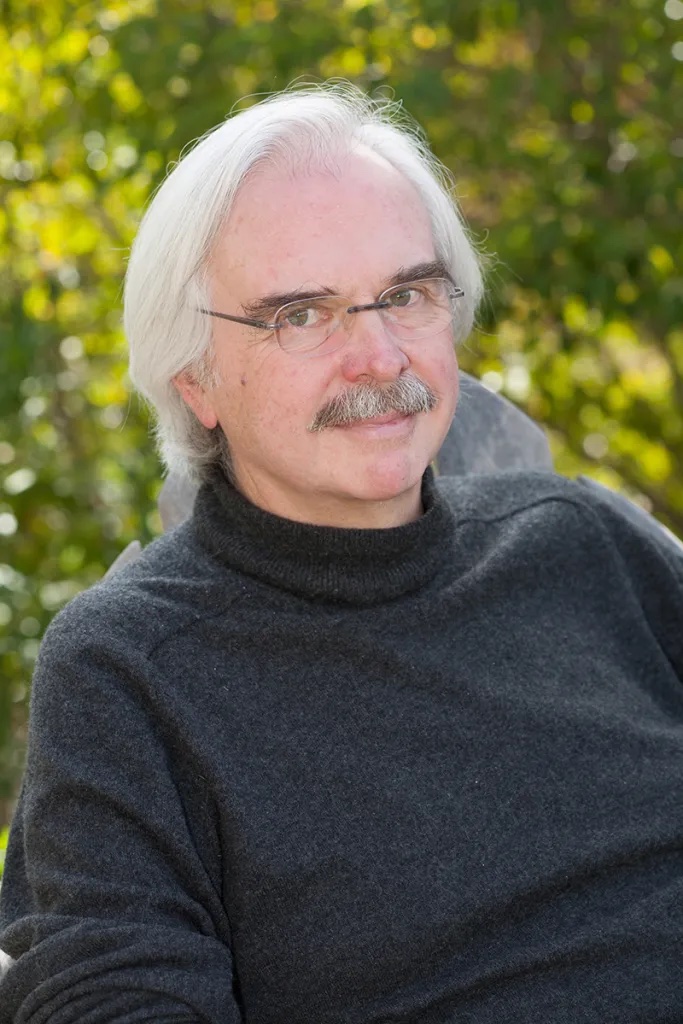