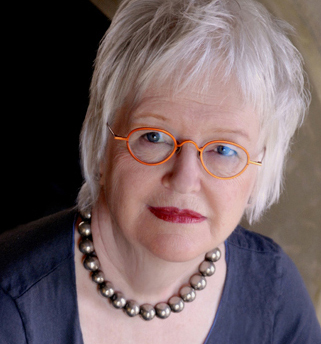 Susan Griffin is an essayist, novelist, poet, and playwright. Often called an eco-feminist author, her time spent as a child in the High Sierras and along the coast of the Pacific Ocean shaped her awareness of the earth and ecology. She draws connections between the destruction of nature, racism, and the diminishment of women, tracing the causes of war to denial in both private and public life. Over fifty years, through twenty books, Susan Griffin has been making unconventional connections between seemingly disparate subjects. Whether pairing ecology and gender in her foundational work Woman and Nature, or focusing on private life with the targeting of civilians in A Chorus of Stones: the Private Life of War, she sheds a new light on many contemporary issues, including climate change, war, colonialism, the body, democracy, and terrorism. Other books include What Her Body Thought, Wrestling with the Angel of Democracy: the Autobiography of an American Citizen, and The Book of the Courtesans: A Catalogue of Their Virtues. Among her honors are a Guggenheim Fellowship, a Northern California Book Award for Nonfiction, an honorary doctorate from the Graduate Theological Union, a National Endowment for the Arts fellowship, and the Commonwealth Silver Award for Poetry. She has been a finalist for both the Pulitzer Prize and the National Book Critics Circle Award, and received the 2012 Gradiva Award from the National Association for the Advancement of Psychoanalysis for co-editing Transforming Terror: Remembering the Soul of the World, an anthology with contributions by authors from twenty-four countries.

GENERAL NONFICTION
Tangled Vines: Greed, Murder, Obsession, and an Arsonist in The Vineyards of California, Frances Dinkelspiel, St. Martin's Press
The Full Severity of Compassion: The Poetry of Yehuda Amichai, Chana Kronfeld, Stanford University Press
Neurotribes: The Legacy of Autism and the Future of Neurodiversity, Steve Silberman, Avery
The Devil's Chessboard: Allen Dulles, the CIA, and the Rise of America's Secret Government, David Talbot, Harper (WINNER)
The Mushroom at the End of the World: On the Possibility of Life in Capitalist Ruins, Anna Lowenhaupt Tsing, Princeton University Press

The winners in each category were announced at the Awards ceremony on May 15, 2016. For more information: Poetryflash.org, 510.525.5476, NCBR@poetryflash.org.