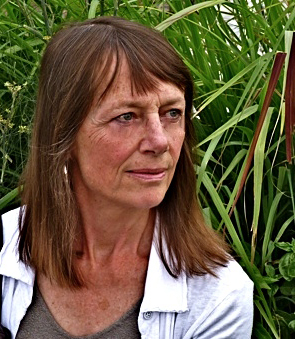 MORE ABOUT THE READERS
Christopher Howell's new book of poems is Love's Last Number. Laura Kasischke says, "In these gemlike meditations on love and time and the human condition—and so much more—Christopher Howell's vision is nearly mystical, his music almost entirely uncanny…There is a distance in this tone that is all about clarity, and a proximity that is all about intimacy, humility." He has published ten collections, most recently Gaze and Dreamless and Possible, a volume of new and selected poems. His honors include two fellowships from the National Endowment for the Arts, two Washington State Book Awards, and three Pushcart Prizes.
Joseph Millar and Dorianne Laux will be reading from their new chapbook of poems about music, Duet, as well as from their own books. Millar's new book of poems is Kingdom. Marie Howe says, "If this is a kingdom then Joe Millar may be one of the kings. He's lived enough to be both man and woman now, and he's learned to sing so sweet a song it might be rising from the broken branches and the bones of the lost horses, or the desert stars, or the scars of the middleweight boxers who finally went home." He's published three previous books of poems, most recently Blue Rust, and he's won fellowships from the Guggenheim Foundation and the National Endowment for the Arts.
Dorianne Laux's fifth book of poems is The Book of Men, winner of the Paterson Prize. Alan Shapiro says, "The Book of Men could just as easily have been called The Book of Empathy, or The Book of Negative Capability, or The Book of Intimate Awareness of Who We Are and How We Got To Be This Way. Whether she is writing about men or women, the powerful or the powerless, the present day or the past, Laux observes, evokes and meditates with profound compassion and understanding for the delicate complexities of the human heart." Her previous collections are Awake, What We Carry, finalist for the National Book Critics Circle Award, Smoke, and Facts About the Moon, which won the Oregon Book Award. Among her other honors are a Pushcart Prize, two appearances in Best American Poetry, two fellowships from the National Endowment for the Arts, and a Guggenheim Fellowship.