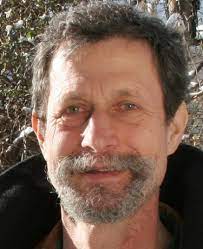 More about the readers
Richard O. Moore's latest book Writing the Silences, edited by Brenda Hillman and Paul Ebenkamp with a foreword by Hillman, was selected from seven full-length manuscripts he wrote between 1946 and 2008; Dan Beachy-Quick says, "Here is poetry that reminds its readers that a poem is as much a crucible of thinking as it is a crucible of belief, that philosophical doubt and mythic vision do not oppose each other…" It was nominated for the 2011 Northern California Book Award. He is the last of the legendary poets of the San Francisco Renaissance, part of Kenneth Rexroth's circle in the 1940s; he is also a photographer, a filmmaker, and had a career in public broadcasting that includes the co-founding of KPFA.

Linda Norton's first full-length book of poems is The Public Gardens. Fanny Howe, who wrote the introduction, says, "Part poetry, part notebooks, it is a model of the camera made human, made humanist, a part of arm, leg, hand, a moving-picture taken pregnant with literature." She has also published the chapbook The Hesitation Kit. Her career as a book person has included a stint as editor at the University of California Press and currently as senior editor for The Bancroft Library on the University of California, Berkeley campus.